Mawlid al-Nabawi al-Sharif, Prophet Mohammad’s birthday, will fall on Thursday October 29th 2020, which will be an official holiday in Jordan.

The announcement excludes public insitutions that are unable to close for the day, due to their nature of work. 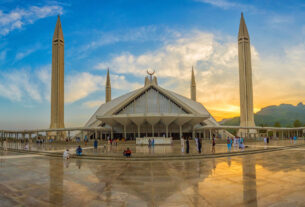 Pakistan to observe a Public Holiday on Oct. 30