The President of the Republic of Liberia, His Excellency Dr. George Manneh Weah, has by Proclamation declared Wednesday March 11th 2020 as “Decoration Day” and it is to be observed throughout the Republic as a National Holiday.

The Proclamation is in consonance with an Act of the Legislature, which was passed on October 24, 1916 declaring the Second Wednesday in March of each year as a “Decoration Day”to be celebrated throughout the Republic as a National Holiday.

According to a Foreign Ministry release, the observance is in recognition of the nation’s past heroes and heroines, who have lived and died in the interest of their country.

The Proclamation says, realizing that important historical events are to be constantly kept in the minds of citizens and youths of our land to inspire them to larger measures of service and patriotism, the Legislature of the Republic of Liberia did approve and declare the Second Wednesday of March each year to be known as “Decoration Day”, to be observed as a National Holiday.

The Proclamation further states that it is befitting that a day be set aside to celebrate the memory of those blessed dead, who lived and died in the interest of their country, thereby keeping ever alive their deeds and invaluable contributions made to society and the state, for onward march to progress.

The Proclamation called on citizens and foreign residents to remember and cherish the love and affection, the joy and constant caring which existed between family members and friends who once lived so dearly with them before their death. 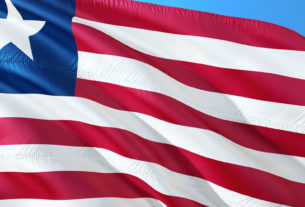 The Gambia to observe Youmul Ashura on September 9th